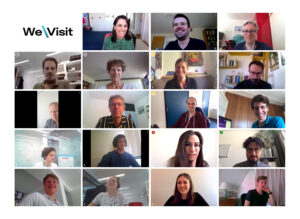 We\Visit makes virtual hospital visits possible for families and patients when hospital access is limited. In the ad-hoc corona project, TU Delft engineers, designers and psychologists are developing an online communication platform that connects families with their loved ones in difficult times. With We\Visit remote hospital visits are made possible by scheduling video calls when patients or family members are in isolation or when visits to the care facility are limited and even cancelled. 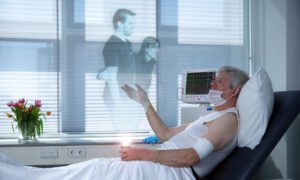 “Visiting a loved one who’s critically ill: normally that’s possible, but due to the coronavirus, visiting ICUs is no longer permitted. The result is a lonely fight behind closed doors. In an attempt to combat the loneliness, researchers at Delft University of Technology have come up with We\Visit: a tool that facilitates video-calling by appointment. And it was developed at lightning speed after the Reinier de Graaf hospital sounded the alarm.”

Find out more about our contribution to the corona crisis, and the TU Delft story, in the article here.

Wow, I got a position at the Delft University of Technology at the Interactive Intelligence group. I will work on the 4TU Pride & Prejudice project. We aim to use Artificial Social Agents (ASA), such as chatbots, virtual agents or social robots, to support people who struggle in maintaining a healthy lifestyle and who may suffer from welfare diseases, such as diabetes. We support these people and their social group with ASAs to reduce prejudice and increase pride. For example, a diabetic is upset with a friend who did not accommodate their specific diet at a party, while the friend is embarrassed because they forgot the diet. An ASA can obtain information from a patient and redistribute it strategically in a social group, taking into account what information can and should (not) be shared. In the example, the friend would, without shame, ask the ASA all about the diet and could proudly accommodate the patient’s dietary needs. The patient would be pleased that their diet is accommodated at the party without having to publicly ask for it.

Cool to start a new project at a new university, but I will miss Twente and the people there… 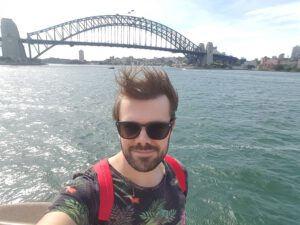 Sydney Australia is about as far away from home as possible. The trip to attend the IVA2018 conference in Sydney was long.  So why not stay for a little while to make some new (science) friends? “I was here anyway”, I told Anton Bogdanovych who was kind enough to host me at the Western Sydney University. 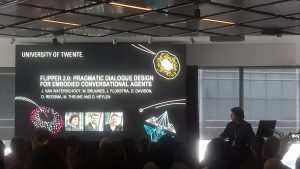 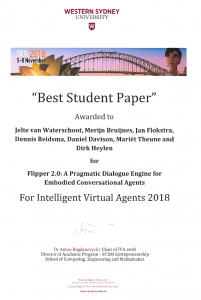 During the conference, I organised a workshop on methodology. At the conference, we had great keynotes by, amongst others, Hiroshi Ishiguro and Mark Sagar. Especially Mark’s talk was fascinating, with a live demo of his virtual baby. Mind-blowing to see the detail and possibilities of the neural network controlling the ‘baby’. To finish the conference even more positive for us: we were awarded a best paper award during the conference diner.

Visiting European research project partners is great: seeing the places, trying the food, meeting the people. It is only fair to return the favour from time to time. In the Council of Coaches project many partners are from Twente, so it makes a lot of sense (less people traveling) to have meetings in Twente. We were the hosts for two technical integration meetings, April 23-26 and October 8-12. We had guests from the University of Dundee in the UK, the Sorbonne University in France, the Polytechnic University Valencia in Spain, and the Danish Board of Technology Foundation.

END_OF_DOCUMENT_TOKEN_TO_BE_REPLACED

Working in science is awesome but sometimes, often at a party, it can be challenging to explain what it is that I do. I studied psychology and now work with, you know… “robots but social ones” as someone put it. Roughly two groups of people ask about my work and job, 1) those who are very interested in novel technology and psychology and 2) those who are scared this new technology is dangerous and “might steal their job”… or worse. I love talking about my job so always 1) explain as much as people find interesting and 2) reassure that robotic overlords might not happen soon (and that they probably will have an off-switch). In this post, you can read what I might say if you ask me at a party “so you work with robots, right…?”

END_OF_DOCUMENT_TOKEN_TO_BE_REPLACED

The Polytechnic University of Valencia hosted the people behind the Council of Coaches project working hard to create a multi-agent system, from the 5th till the 10th of March. Besides making massive steps on the technical implementation of the demonstrator, we had fun and good food!

END_OF_DOCUMENT_TOKEN_TO_BE_REPLACED

new year is approaching and a new project appears, Council of Coaches! In this European Horizon 2020 Project, we will look at virtual coaching. We will create an autonomous council of multiple virtual coaches that can assist people in achieving their health goals. These coaches will discuss the health situation of the user with each other and the user. In this way, we hope to be able to positively influence the lifestyle of the user in a fun and natural manner. 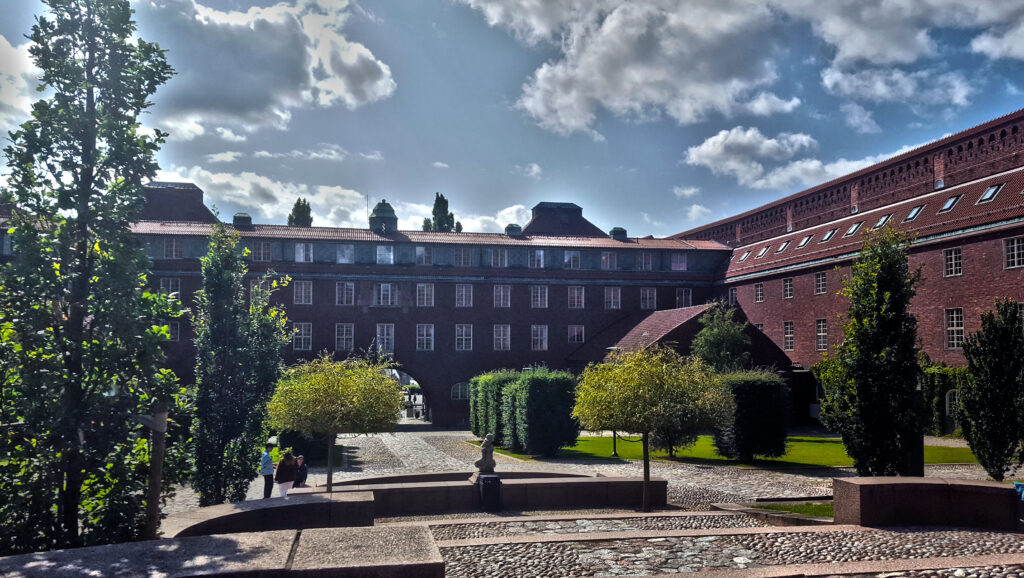 The 17th International Conference on  Intelligent Virtual Agents (IVA 2017) was held on August 27-30 in Stockholm and I was there! The conference was organized by Kungliga Tekniska Högskolan (better known as KTH). I was involved in three publications! 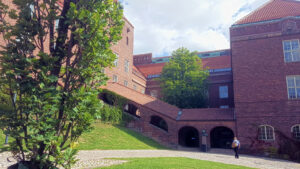 On the first day, we were located in the beautiful campus of KTH, very Harry Potter-ish. There were several workshops on this day. I attended the workshop on Interaction with Agents and Robots: Different Embodiments, Common Challenges. In a break-out session, we had a very interesting discussion about the future of evaluating social agents.

Sadly, I had to miss the Monday for family reasons. This meant I missed the awesome demo that Jan and I prepared. We showcased our ASAP Realiser – Unity3D bridge by showing how we could send a BML to ASAP, which in turn controlled the behaviour of a virtual agent in Unity. Since Unity supports many devices it is relatively easy to make it run on any device. In our case, the virtual agent was running on a Hololens (an augmented reality device). See for more information our demo paper. 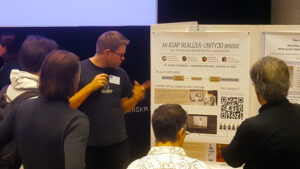 On Tuesday I was back. Just in time to cheer for Jan who presented our poster for the ASAP – Unity bridge. On this poster, and with the explanations, we tried to describe more of the technical details behind the integration, see also the poster paper. The picture is proof of the high interest from the IVA community for our work and for Jan’s awesome enthusiasm. Thanks, Jan! 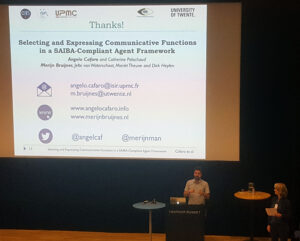 Wednesday was the last day of the conference and on this day Angelo presented our work titled Selecting and Expressing Communicative Functions in a SAIBA-Compliant Agent Framework. Please take a look at the IVA short paper for more information.

It was really nice to again see ‘the people of IVA’. I really enjoyed the discussions and am looking forward to the next IVA, which is in…. Sidney! Wow, talk about motivation! I am going to submit some nice work and really hope that I’ll be allowed to go there.

After the conference, Manon came over and we had a couple of nice couple-days in Stockholm! 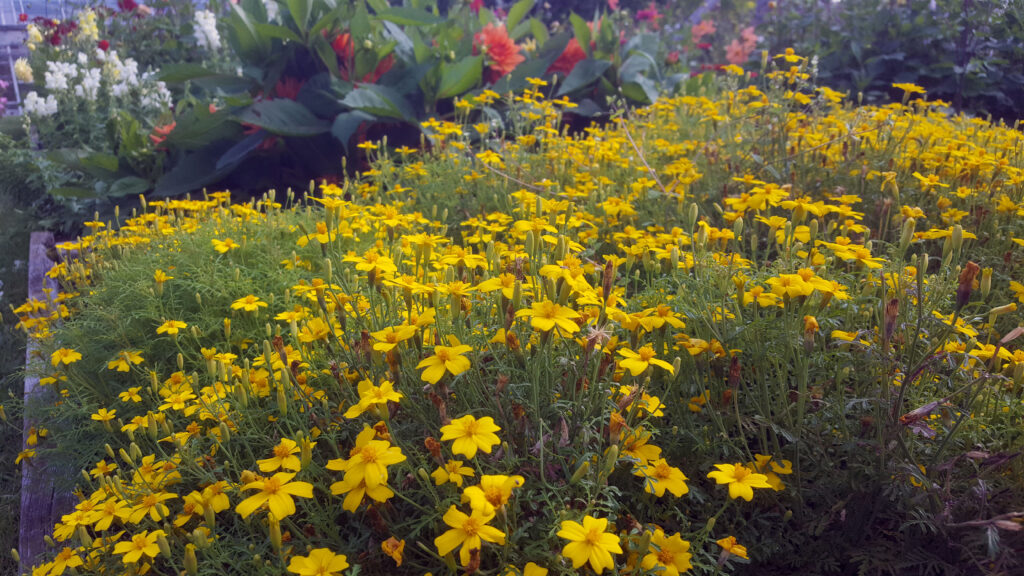